I wrote ‘Memorial” in response to an anthology call from Sirens Call Publications for ‘Twisted Realities: Of Myth and Monstrosity’.  The premise intrigued me; a collection of tales exploring mythology from any culture, transformed into a modern-day horror.  Mythology, primarily Greek mythology, has transfixed me since I had my first taste of it as a little kid, so when the opportunity arose, I jumped on it.

I enjoy thinking outside the box when writing, so I knew I wasn’t interested in one of the more popular Greek myths.  Almost instantly my mind was drawn to the legend of Pygmalion, a renowned sculptor from Cyprus, whose creations were so flawless they bordered on lifelike.  The maidens of Cyprus all pined for Pygmalion, but he cared not for their affections.  For Pygmalion, his work remained his only passion.  Incredibly, Pygmalion falls in love with one of his own sculptures, a wondrous carving of a woman, and for a long time thereafter lives a wretched existence loving a lifeless thing.

As the myth goes, on the day of the feast dedicated to the goddess Venus, Pygmalion prays to her that he might find a maiden as magnificent as his beloved statue.  Venus hears his prayer and grants Pygmalion’s sculpture life.  Pygmalion names his new maiden Galatea; they marry and eventually have a son named Paphos.

The myth of Pygmalion reads very much like a love story.

But for those who have read my work before, clearly my tale was not going to turn out that way.  I grabbed it by the throat and made it my own blend of pain and horror.

“Memorial” is the tale of two brothers: Anthony, the arrogant and jealous heir to his family’s shipping business, and Nicholas, a brilliant yet reclusive sculptor.  Wedged between them is Nicholas’ tragic love for Anthony’s wife, Catarina.  Think you have an idea where this story is headed?  Guess again.  If there’s one thing you’ll learn about me, it’s that I’m anything but predictable.

Indulge in a sample, will you?

“At last, bravado found at the bottom of your glass.  Is that the residue of passion, Nicholas, or merely passion’s inspiration?”

A thread’s breadth parted Nicholas’ lips as bourbon drizzled tongue.  Eyes danced but to the song of another day, transfixed by noiseless, ghostly chords.  “Some people wish to choose their vice.  But for others, the vice chooses them.”

“Killing yourself slowly with alcohol now, then.”

“It’s not alcohol of which I speak.”  The words hung between them.

Hesitation.  Eventually Anthony loomed over the table.  “She’s gone, Nicholas,” and instantly the music ceased; a blackened veil draped his features.  Hand plummeted to the table, the snifter nearly shattering atop the sticky grain.  Bourbon splashed Anthony’s knuckles, but fast his posture remained.  He studied his brother with dulled satisfaction.  Slowly, by inches, he lowered his considerable frame, pouring his bulk into the opposite seat.  Watching intently.  Silence, broken only by Nicholas’ strangled mewls.

Nicholas dabbed at the corner of his trembling lips.  “When?” His voice a hoarse murmur.

“Six months ago.  You’ve changed your haunts.  It’s made finding you difficult, but not impossible.  I thought you had fallen from the face of the earth, too.  Like Catarina.”

“Aah, poor Nicholas.  The sound of guilt?”  Anthony leaned across the table.  “I’ve known about you all this time.”

You can find “Memorial” in print through Sirens Call Publications ‘Twisted Realities: Of Myth and Monstrosity’ at Amazon, CreateSpace

5 thoughts on “Insight behind “Memorial”” 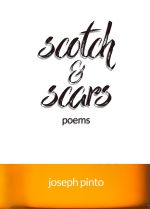 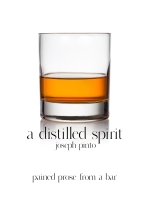